Skip to main contentSkip to navigation

Menu
“With such a wealth of passion for his practice, Mr. Gersten is one of the finest attorneys in town if not in the western region. He is very understanding, and can move mountains for his clients.” – J.K.

Las Vegas criminal defense attorney Joseph Gersten holds a Master of Forensic Sciences degree. He worked for the Intelligence Division of the U.S. Secret Service, as well as the Office of Criminal Investigations at the U.S. Food and Drug Administration. Attorney Gersten will put his extensive criminal law experience and knowledge to work in assessing the full circumstances and evaluating options and opportunities for appeal or post-conviction applications. When you turn to our firm, you work directly with Joe, not an associate, paralegal, or case worker. Call 702.857.8777 or complete our online form to schedule a free initial consultation and case evaluation.

Following a criminal conviction or guilty plea, there are two different ways to seek review of your case. The levels are:

Appeal and post-conviction procedures are available in both federal and state courts.

Appeal of a Conviction

Defendants in federal and state courts have the right to appeal from a conviction.

For state criminal convictions, felony and gross misdemeanor cases may be appealed to the Nevada Court of Appeals or Nevada Supreme Court, depending on the nature of the charge. To pursue this appeal, a defendant must file a Notice of Appeal with the district court clerk within thirty (30) days of the date the judgment is entered.

Misdemeanor cases heard by a justice court may be appealed to the county district court. In those cases, the Notice of Appeal must be filed within ten (10) days of the date the judgment is entered.

For convictions in a federal district court, the appeal is to the United States Court of Appeals for the Ninth Circuit. The Notice of Appeal must be filed within ten (10) days of the date of judgment.

Filing an appeal does not entitle you to a new trial. The appellate court will only review the record in the case, consider the reasons asserted in the appeal, and make a determination on the merit of the appeal. No new evidence or testimony can be introduced.

Appeals address only errors that occurred in the trial process. The issues that can be raised in an appeal are limited and vary, depending on the circumstances. Generally, they include:

In Nevada, the appeal by-right process generally takes anywhere from six (6) to twenty-four (24) months to complete, but it can take longer, depending on the circumstances.

Appeal from a Guilty Plea

An appeal from a guilty plea is possible, but the grounds for making one are very limited. Generally, the only basis for appealing after entering a plea is incompetent counsel or your own mental incompetence. An alternative available before sentencing may be a motion to vacate a plea or motion to vacate a conviction. After sentencing, filing a writ of habeas corpus could be used to challenge a guilty plea in some situations.

Motion for a New Trial

Following conviction in trial court, a defendant can file a motion for new trial with the court that tried the case. Courts rarely grant these motions unless the defendant can show:

Motion to Withdraw a Guilty Plea

Generally, under Nevada law, a post-trial motion to withdraw a plea of guilty, guilty but mentally ill, or nolo contendere may be made only before sentence is imposed or imposition of sentence is suspended.

However, in May 2017, a new Nevada law went into effect permitting — under specific circumstances — a motion to withdraw a plea of guilty, guilty but mentally ill, or nolo contendre after the sentence is imposed or after imposition of sentence has been suspended. The new law applies only to motions pending on or after June 12, 2014. The motion will be permitted as a post-trial motion when:

A person is not entitled to court-appointed counsel for the purpose of filing a motion to withdraw a guilty plea under this law.

Other than a motion for a new trial, post-conviction relief generally comes after all appeals have been denied. The post-conviction motions are heard by the same judge who heard your case at trial. Because of that, they are not often granted.

A post-conviction petition is not a new trial. However, depending on the allegations, the court may hold a hearing. Denial of post-conviction relief can be appealed to the Nevada Court of Appeals or Nevada Supreme Court, the same as the original conviction.

In Nevada, there are specific conditions under which you can file a writ of habeas corpus. You must be incarcerated and have no other way to challenge your conviction. The statute includes nine (9) different reasons for a habeas petition can assert. Generally, they include:

A writ of habeas corpus is an extraordinary remedy. Few habeas petitions are granted in Nevada. Most often, they are granted in death penalty cases in federal rather than state court.

Habeas corpus petitions can also be filed in federal court, if your conviction or custody violated federal law or your constitutional rights. A violation of Nevada state law is insufficient to support a federal habeas corpus petition, which addresses the legality of a prisoner's detention. It does not involve an inquiry into the defendant's guilt or innocence.

Writs of coram nobis are very limited and granted rarely; however, there are circumstances when it is appropriate to file one. The Gersten Law Firm has experience filing coram nobis petitions. Attorney Gersten knows the laws and can evaluate your case to determine whether filing a writ of coram nobis is an option.

Analyzing a case and surrounding circumstances to determine the best appeal or post-conviction route to pursue is a complex task, requiring a skilled criminal defense attorney with the right kind of experience. Las Vegas attorney Joseph Gersten has that experience and a keenly analytical mind. If you were convicted of a crime in federal or state court in Nevada and looking for assistance in evaluating your options, call 702.857.8777 or complete our online form to schedule an appointment. The Gersten Firm serves clients in Las Vegas, Henderson, and elsewhere in Clark County. Your initial consultation is free-of-charge.

Criminal Defense
Whether you are a Nevada resident or an out-of-state visitor or tourist, being arrested in Las Vegas is a frightening—and complicated—experience. The Gersten Law Firm stands ready to defend you.
Family Law
Family law matters, including divorce and child custody, are emotionally difficult and sensitive. You want a compassionate, experienced family law attorney to guide you through the situation.

Fill Out This Form For a Free Consultation 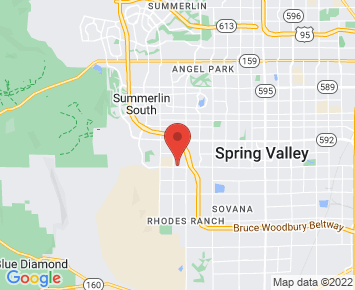